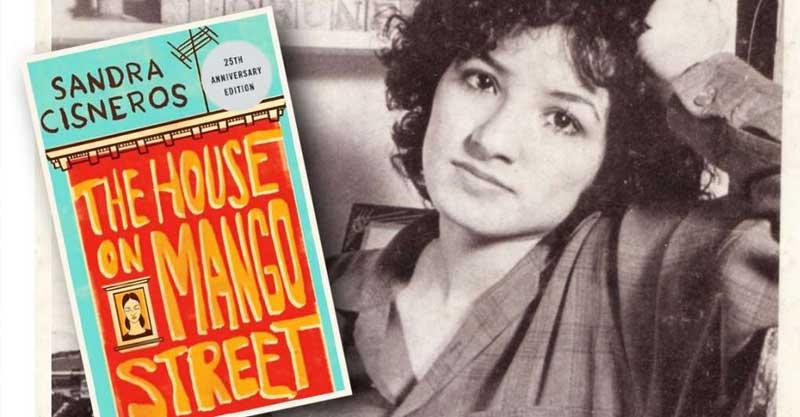 The first book I ever read that featured a Latina lead character was Pam Muñoz Ryan’s Esperanza Rising. It was one of my favorite books as a kid, and I often found myself reading it over and over and over again to point where certain scenes and prose were seared into my memory. I remember being moved by Esperanza’s plight, and the struggle and subsequent strength she displayed as she was forced to leave her life in Mexico behind and settle in an English-speaking country where she often felt like an outsider. Unfortunately, I haven’t been moved by stories like Esperanza’s since I was little because, well, I haven’t gotten my hands on a lot of Latino-centric literature.

Sandra Cisnero’s The House on Mango Street was my re-introduction to these kinds of stories. Published in 1984 and later adapted into a stage play, The House on Mango Street explores the life of Esperanza Cordero, a young Latina girl who dreams of a better life for herself while growing up in an impoverished Chicago neighborhood. Her experiences living in a suffocating environment and her encounters with various people both on the streets and within the confines of her apartment building have a profound impact on her, and make her all the more determined to find an escape.

Cisnero’s novel is a quick and easy read that uses simple means to tell an emotionally resonant story. She outlines Esperanza’s struggle through a series of vignettes, each of which is infused with a poetic flare that beautifully conveys the significance of the character’s experiences. No matter how big or small those experiences might by- like petty fights among friends, traumatic events, or everyday encounters with neighbors, etc. – they’re all treated as important moments in Esperanza’s life. So the style does a good job at complementing the overall theme of the book- which is this idea that even the hardships you faced in your life can become a part of you, even when you’re trying your best to move past them.

Everything about The House on Mango Street feels deeply personal. Reading it, you feel like you’re looking at snippets of someone’s memories, or you’re listening to them reminisce about when they were a kid. The character of Esperanza, as well as the other people she interacts with, feels like a real person, thus making her easily identifiable. If I had to nitpick- I mean really really nitpick- I’d have to say that writing style sometimes feels borderline stream-of-consciousness, which isn’t really my thing. But those times are few and far between. Again, super nitpicky.

Besides that, I don’t know what else to say. It’s a good book. If you’re looking for a quick yet satisfying read, then this is the novel for you. Is it mind-blowing or tear-jerkingly spectacular? No. But I get the impression that’s not what it was ever meant to be. It’s a simple story that gives you nothing less than a taste of life from a different perspective.