“Jigsaw”- Movie Review Before I begin, I have to make something perfectly clear. I am not a Saw aficionado. The only one in the franchise I’ve watched from start to finish […]

Before I begin, I have to make something perfectly clear. I am not a Saw aficionado. The only one in the franchise I’ve watched from start to finish is the first one. I’ve seen clips of the second and third, and honestly, I was completely unaware that all the other sequels even existed. I am clearly not a devoted fan of this series, so when I went to see the latest installment, Jigsaw, I wasn’t quite sure I was getting myself into.

Directed by Michael and Peter Spierig, this film is the eighth addition to the notorious horror franchise. One day, five people awaken to find themselves locked in a room with buckets attached to their heads and long chains ready to pull them into circular saw blades. Unbeknownst to them, they are about to play a very dangerous game. Meanwhile, the city detectives (Callum Keith Rennie and Cle Bennett) and forensic pathologists (Hannah Emily Anderson and Matt Passmore) must work against the clock to track down whoever is doing this. But things get complicated when the evidence points to John Kramer, the original Jigsaw killer, who’s been dead for nearly a decade. Or so they thought.

There are some movies you go into expecting something great, and others you go into with your brain turned off, hoping for just a fun time. In the case of Jigsaw, I expected the latter. It having been Halloween weekend when I saw it, all I really wanted was a quick thrill, something to get me into the Halloween spirit. Instead, I was left disappointed. Jigsaw is a bland, non-scary horror film that trades in what made the original at least interesting for something safe and uninspired. 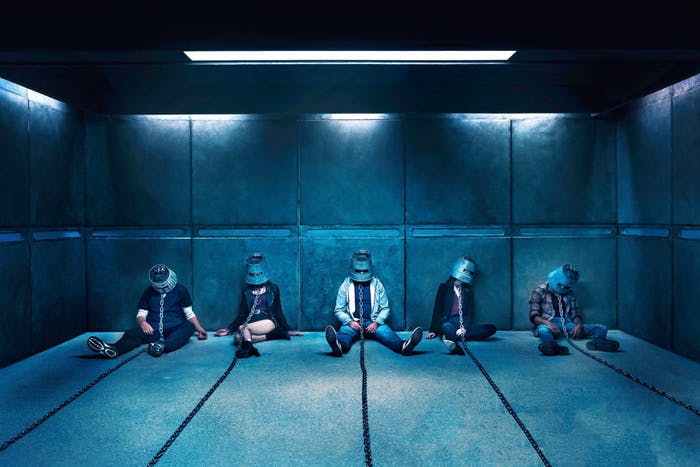 Technically speaking, this is a competently made film. The editing, the cinematography, and the overall production value are done fine. The acting is decent (for the most part), and I even like the slightly updated look of the Jigsaw doll. The story’s twist ending is kind of cool in concept, but the ridiculousness of it shines through the more you think about it.

Aesthetically speaking, and from a storytelling perspective, it’s not so impressive. The movie feels very mainstream. One of the most striking things about the first Saw is its gritty low-budget appeal, and how it makes you feel like you’re stuck in the most disgusting, uncomfortable place imaginable. Because of that, the tension, the stakes, and the horror element felt tangible. Despite plenty of gore, Jigsaw as a polished look to it, which unfortunately sucks out my sort out tension and atmosphere the filmmakers were trying to build. I applaud the Spierig brothers for taking a different approach. It’s just an approach I didn’t care for.

What bums me out the most, however, and what I was actually looking forward to the most, are the traps themselves. They are super simplistic, and suffer from a severe lack of creativity. It would have been fine if the film compensated for it by including even a hint of psychological tension, but it lacks that as well. Not to mention half of them wouldn’t even work if characters hadn’t been positioned in just the right places and just the right times.

Honestly, there’s not much else I can say about Jigsaw. Although competently made, the film’s lack of an imagination and tense atmosphere ultimately brings it down. Personally, I think Jigsaw is boring, plain and simple.  If you’re into the Saw movies and want to check this out, have at it. I don’t recommend paying full theater price for it, but if it captures your interest, then perhaps you’ll have more fun than I did.

Cosmic Grade: 2 out of 5 Stars