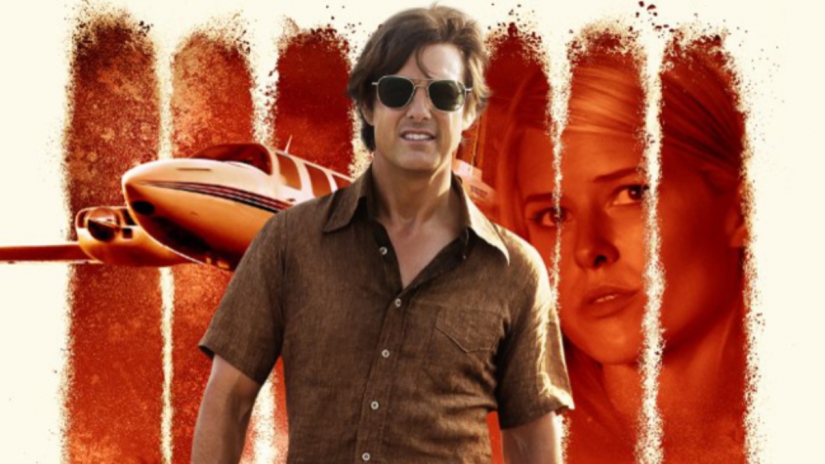 What exactly is the American Dream? If we’re going by the textbook definition, it refers to a set of ideals that emphasize success, prosperity and the upward mobility of the family unit as being essential for individual freedom. Ways of achieving the American Dream, however, vary. Films like 1999’s American Beauty and 2013’s The Wolf of Wall Street provide their own accounts of what it means to live the American Dream, as well as the faultiness of that ethos. Director Doug Liman does something similar with the new biographical crime drama, American Made, but with a more casual approach.

In the late 1970s, Barry Seal (Tom Cruise) is a commercial U.S. airlines pilot who is asked by CIA agent Monty Schafer (Domhnall Gleeson) to fly over and take snapshots of bases in Central America. Seal accepts without question and receives an ample sum for his service. Then he gets an offer by the drug cartel, and one mission turns to five missions and five missions turns into years of commitment. Barry soon finds himself trapped within a whirlpool of drugs, government sleaziness, and extravagant excess.

Based on what I saw from the trailers, I half-expected American Made to be the next Wolf of Wall Street. I was sure I’d had it all figured out: Tom Cruise was bored with his normal job, gets this huge opportunity to do something big, builds a luxurious lifestyle for himself with the thousands of dollars he’s earned, gets coked up a lot, then eventually his greed and selfishness spiral him into self-destruction. Turns out I was ninety percent wrong. This film isn’t about a man whose character gets corrupted during his pursuit of a better life. Instead, it’s a glimpse into the life of a genuinely good guy who keeps putting himself in increasingly crazier situations. 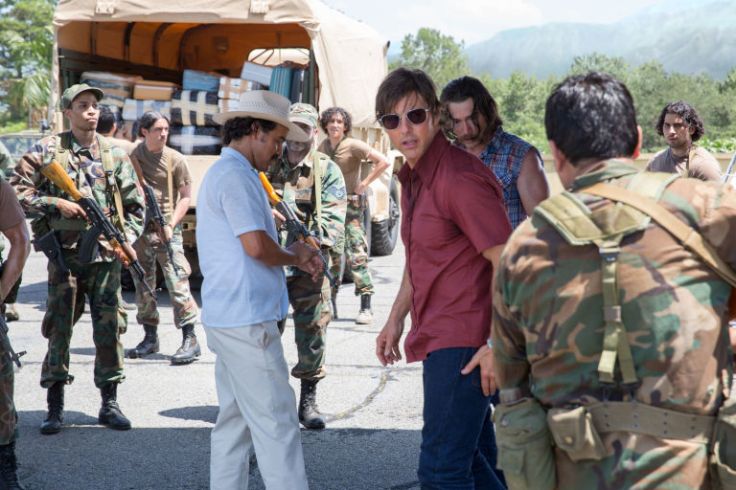 Tom Cruise is great as Barry Seal. On the surface, the character doesn’t have much complexity. We never really see how his experiences are affecting him emotionally, nor does the film give a lot of information about his past. But Cruise’s performance never comes off as, “Hey, look at me! I’m a famous movie star.” He trades the suave and cool persona he’s perfected in his other movies for a subtle charm and likability. You get the sense that he’s a good family man who, while clearly not the smartest person in the world, can never manage to say no.

Not to be overlooked is Domnhall Gleeson and Sarah Wright, who plays Seal’s wife. The film never tries to be artistically symbolic or exploitative. Despite some very intense scenes, the tone is surprisingly light-hearted…for an R-rated movie that is. There a lot of comedic moments, but they don’t feel out-of-place. My one gripe has to do with the style through which the story is told. The film is crafted like it was made in the 1970s, very documentary-esque with grainy cinematography and weird zooms and the occasional shaky cam. On the one hand, it’s an interesting way to tell such an interesting story. Though my issue is that sometimes the film jumps back and forth using this style and implementing a more modern style. Perhaps I’m the only one who sees it that way, but I find it a little jarring.

Other than that, American Made is a very good movie. It won’t stick with me for months on end, nor do I need to see it for a second time, but it’s highly enjoyable. Tom Cruise is fantastic and the story of Barry Seal is beyond interesting. It has the essence of one of those Fulfilling-the-American-Dream movies, though the film isn’t necessarily that. It’s a fascinating slice of a life we haven’t seen before.