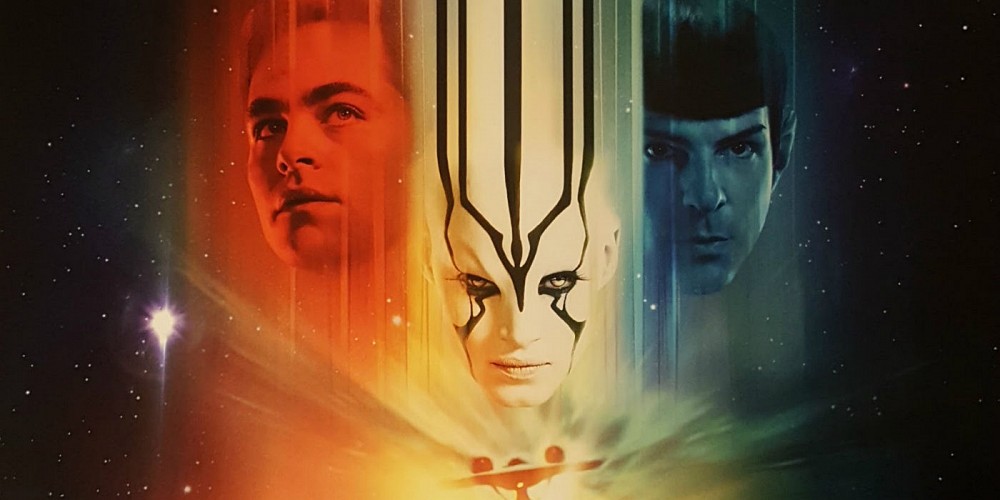 While I’ve thoroughly enjoyed these recent Star Trek reboots, I’ve never been a devoted Trekkie. Personally, I’m much more of a Star Wars geek, and, admittedly, I didn’t one-hundred percent know what Star Trek was until a few years ago. Despite my own lack of interest, there’s no denying the impact the series has had both within and outside of the entertainment industry. Star Trek is a phenomenon that has thrived for fifty years, with the original series spawning an animated show, a successful spinoff, and, as of now, thirteen feature films. It’s actually pretty damn impressive. So I went into Star Trek Beyond without the Trekkie goggles, without being concerned about whether or not it would reflect the magic of the original or step too far outside the mythos.

Based on Gene Roddenberry’s original series, Star Trek Beyond revisits the crew of the starship Enterprise. Headed by Captain James T. Kirk (Chris Pine) and Commander Spock (Zachary Quinto), the ship is ambushed while responding to a distress call coming from deep space. The Enterprise is destroyed by alien invaders, and those who managed to escape crash land on an unknown planet. As the crew attempts to save themselves and each other, they must also work to stop a ruthless and alien commander named Krall (Idris Elba) from obtaining a destructive weapon.

Like I said, Star Trek has never been my forte. But the first film of the rebooted franchise (Star Trek, 2009), caught my attention. It was fun, exciting, and had interesting characters. Into Darkness was also great, despite the harsh backlash from Trekkies who said it was just a piss-poor copy of 1982’s Star Trek II: The Wrath of Khan. This latest installment follows in their footsteps seamlessly. The film is written by Simon Pegg (who also plays the character of Scottie) and Doug Jung, and it’s clear that they know these characters inside and out and understand how to utilize them properly within the story. You really get the sense that this crew is a family. The interactions between them- especially between characters whom we haven’t really seen interact before- were genuine and the humorous banter didn’t feel forced.

The action scenes were so suspenseful and exhilarating, and it had my attention glued to the screen at all times. Here and there the CGI is noticeable, but for the most part the sets looked realistic enough and the practical makeup on the aliens was flawless. Pine and Quinto give truly great performances as Kirk and Spock, showing that they as well as their relationship have matured significantly throughout the years. Karl Urban and Simon Pegg are hilarious as Leonard McCoy and Scottie. Zoe Saldana and John Cho are particularly strong as Nyota Uhura and Hikaru Sulu. The late Anton Yelchin is also incredibly likable and charming as Chekov. Every time he was on screen, my heart dropped a little knowing this was one of the last times we’ll see him on stage.

Idris Elba can do no wrong. At least, in my opinion. He brings a strong, menacing presence to what I first thought was going to be a weak villain. Immediately, it seemed like he was just going to be this run-of-the-mill bad guy who just wants to rule the universe or something like that. But as the story progressed and we learned more about him, the more interesting he became. The downside is that this realization doesn’t appear until the last act of the movie. I wished the mystery of his character was peppered throughout the film, that way I could get on board more quickly. Sofia Boutella is a badass newcomer who is smart, independent, active, and has plenty of personality without being completely annoying.

From what I’ve heard from devoted fans, Star Trek Beyond pays homage to the original TV show. Since the newer films are the only parts of Star Trek that I’ve seen, I can’t speak on the nostalgia. But what I can say is that the story structure is feels very episodic, with a beginning, middle, and end that build off of one another. Director Justin Lin constructs each scene with a lot of care, effort, and respect, making sure that every moment has the sci-fi magic that’s made the Star Trek franchise so enduring. I’m not quite sure where to rank this movie in comparison to the first two, but it is a ton of fun, and has made me more interested in checking out what the world of Star Trek is all about.